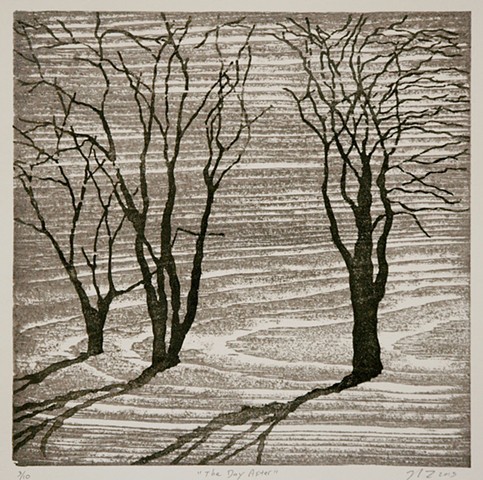 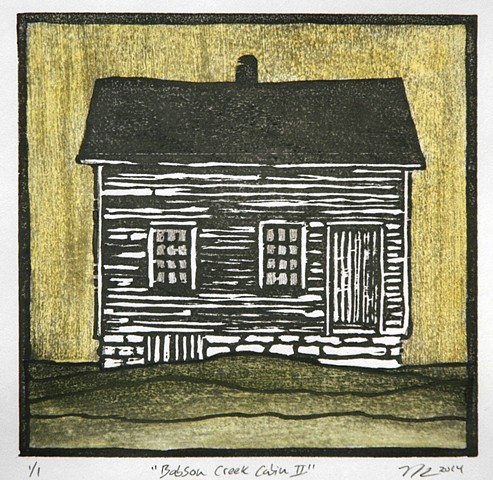 Since 2014, Nicole Herz has mainly been working in the traditional Japanese water-based woodblock printing technique (Moku Hanga). - Using multiple blocks, water-based inks, brushes, and hand printing them on dampened paper. Five blocks were used for the print “A New Beginning”, three each were used for “Babson Creek Cabin” and “The Merchant Cabin” and two blocks for “The Day After”. Her other prints are in the traditional western style- using a roller and ink. She hand prints them all.

“I enjoy the process of creating a woodblock print: From the drawing, to the carving and printing, a process unfolds and a series of decisions are made to create a strong and peaceful image.”

Born in 1966 in New York City, Herz received a Bachelor of Fine Arts degree from Carnegie Mellon University in 1989 with emphasis on Painting and Sculpture. She has been showing in Coastal Maine and New York for over 25 years.