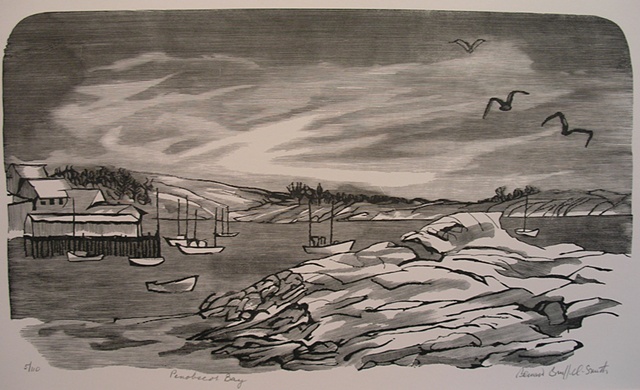 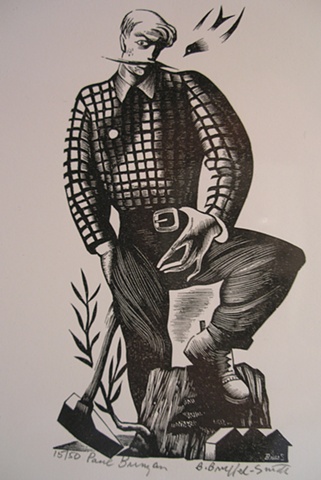 Bernard Brussel-Smith (March 1, 1914 - May 8, 1989) was born in New York City's Greenwich Village. He studied at the Pennsylvania Academy of Fine Arts in Philadelphia and the New School for Social Research in New York. He taught at the Brooklyn Museum, Cooper Union, City College, and the National Academy. He was elected an Associate Member of the National Academy in 1952 and 1973.

Brussel-Smith became one of America's most well known wood engravers, depicting the lives of sailors and the working class during the 1940's and 50's and creating posters of the New York Auto Show in the 1950's and 60's. During that same time, he often visited Deer Isle, Maine, capturing the many scenes of the unique island life.