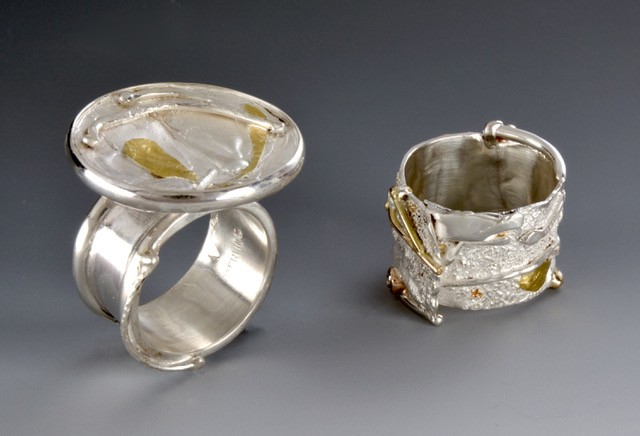 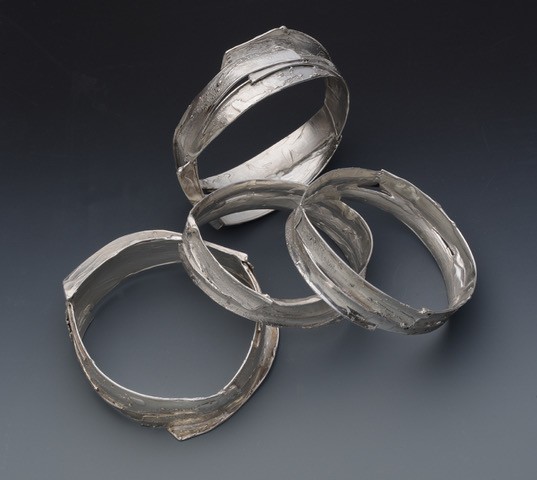 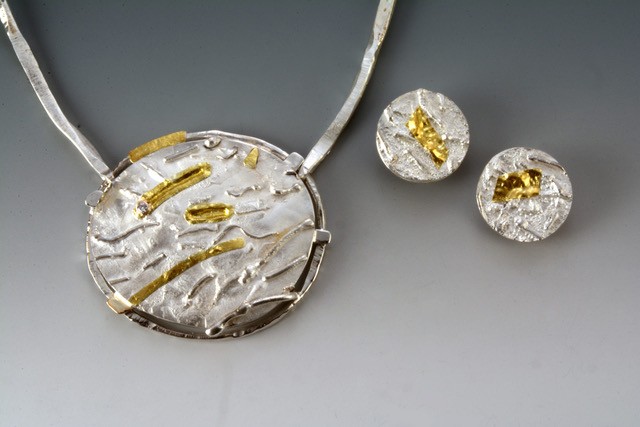 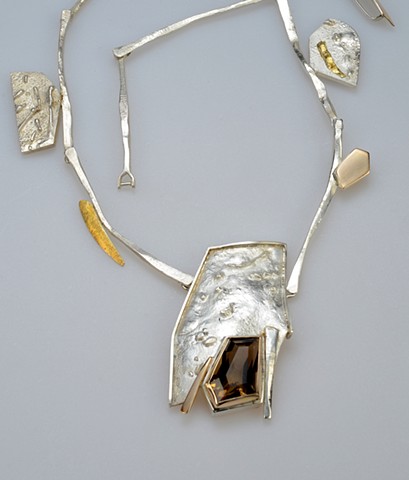 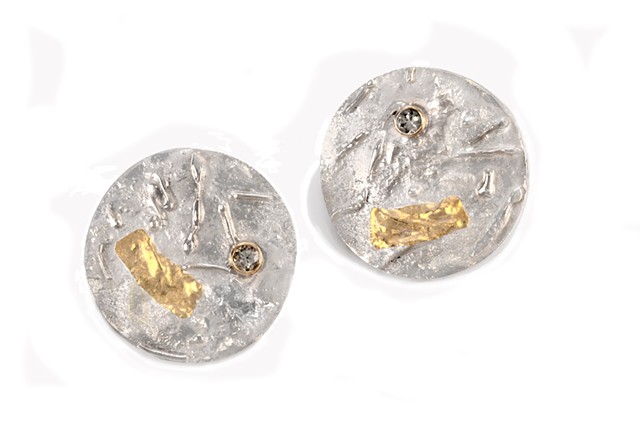 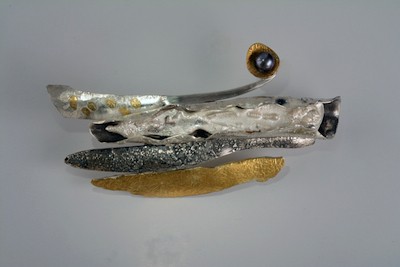 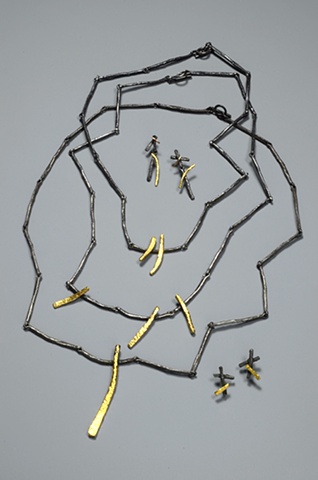 Glenda Arentzen has been a studio goldsmith since 1964, creating one-of-a-kind works. She graduated from Skidmore in 1962, received her MA from Columbia University in 1964, and in 1964-1965 was a Fulbright Scholar to Copenhagen, Denmark at the Guldsmedehøjskolen. Her work has been shown all over the world including the Museum of Arts and Design (New York), the Museum of Fine Arts (Boston), Museum of Fine Arts (Houston), The Jewelry Museum (Pforzheim, Germany), the Seibu Museum (Tokyo, Japan), and Goldsmiths' Hall (London). She is represented in the Smithsonian Museum's Archive of American Art by an extensive interview. She has taught at Haystack Mountain School of Craft in Deer Isle, Maine; the Fashion Institute of Technology, Columbia University, Pratt Institute, and others.

"My work is a response to a variety of moods and persons and ideas. Life is an adventure and body ornament can be one record of it. I am pleased that I have the mental set to design and manufacture and market personal, one-of-a-kind works as appropriate alternatives to the mass market.

"For me, work has the strongest voice when its vocabulary is the direct and immediate visualization of an expression. So, I favor such techniques as engraving, hand-sculpted wax elements that are cast, for example, as primary elements because they are so fresh. I continue to draw for the same reason: the marks on the paper are the freshest as they are the first tangible demonstration of the content of work.

"Perhaps, the introduction of color also is useful in the pursuit of a fresh viewpoint by freeing me from the restrictions of the connotations of familiar metal structures and surfaces. Stones, enamel, colored golds, oriental techniques such as mokume gane, and, especially, mixed metal patterning have appeared in most of my collections over the years. The use of such has extended my vocabulary significantly.

"Also, whatever the theme, I try to avoid a formal arrangement where the message is clear, the effect deliberate. Every element that I use is carefully considered, but it leaves room for the wearer or viewer to organize and think. I believe that this gives my work a life beyond the first look. Also, I believe that this reflects my view of life, that nothing is absolute and all is defined by relationships."