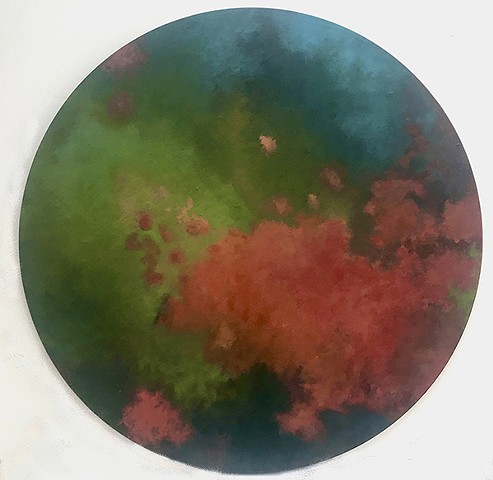 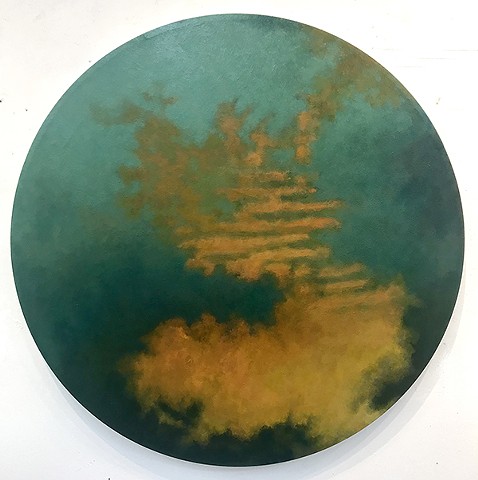 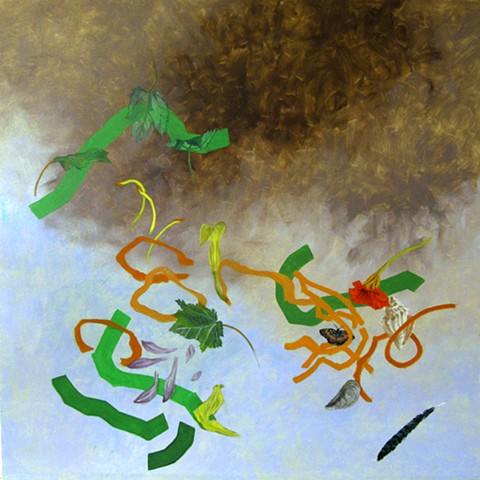 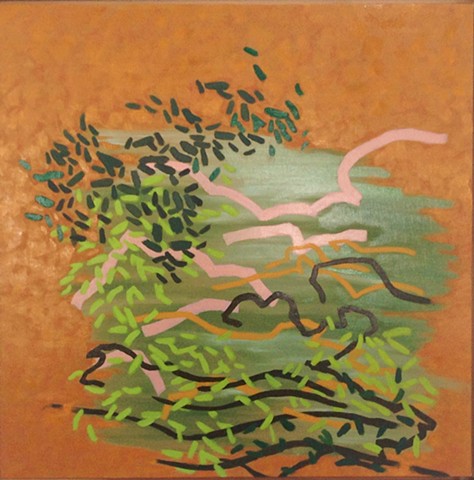 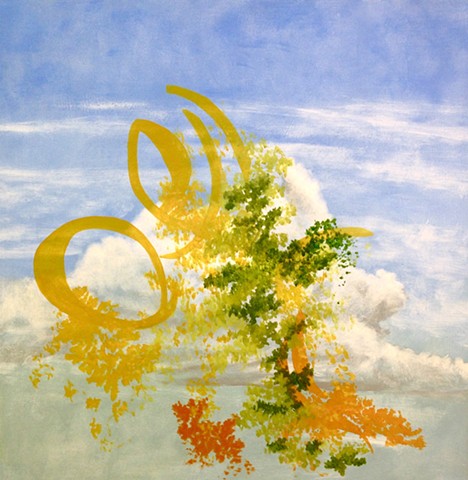 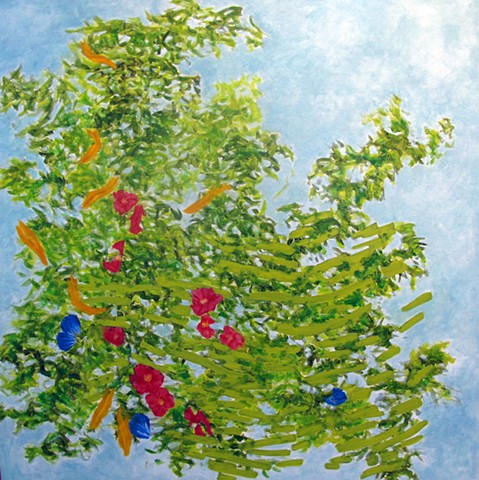 As professor of fine arts and an arts reviewer, Janis Goodman’s paintings move between the narrative and the deconstructed. Years of hiking national parks and kayaking rivers have formed the backdrop of the work. Her fascination with natural phenomenon fuels the sense of the absurd and chance.

Janis’ oil paintings follow the invisible paths that go between the observed, imagined and remembered. The colors while based on the laws of nature suggest chaos, impermanence and random activity. Travels to Asia and study of eastern landscape painting nurtured the calligraphic line and movement.

The paintings don’t specifically pay witness to an event; they give clues of time, place or direction. The attempt to shadow nature quickly dissipates, as one is made aware of the transience of the subject. Inclusion of forms such as insects and clouds moves the needle between the literal and the suggested, like the world we see out of the corner of our eyes.